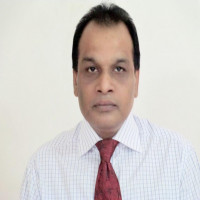 Md. Maniruzzaman, currently Professor in the Department of English at Jahangirnagar University, Bangladesh, IELTS Speaking Examiner, IDP Bangladesh, and TESOL International Association Member, obtained MA in English Language and PhD in Applied Linguistics & ELT from the University of Dhaka , completed e-Teacher Methodology for TESOL at the University of Maryland BC, e-Teacher Assessment at the University of Oregon, e-Teacher Educational Technology at Iowa State University, and attended PDW-2013 at the University of Oregon, USA. He has more than 27 years teaching/research experience and 100 plus publications including research papers, translations, book reviews, and books. His core interests include TESOL methodology, curriculum/syllabus design, materials development, assessment and testing, educational technology, and L2 teacher education.

The need for the study of language,

An SL/FL syllabus and the rationale behind its design,

The SL/FL classroom and the individual learner,

EFL learners reaction to the learning situation: A quantitative study,

Attitudinal and motivational impact on EFL proficiency of undergraduates: A further investigation,

Attitudes, motivation and achievement in EFL: does sex differentiation matter?,

Attitudinal and motivational impact on EFL proficiency of undergraduates: A preliminary investigation,

Journal of the Institute of Modern Languages, University of Dhaka: 1999-2000.

SL/FL classroom anxiety: what should/can the teacher do?,

Testing communicative competence; how far is it possible?,

The meaning of meaning in linguistic communication,

Cognitive theory and second/foreign language acquisition: An endeavour to establish a linkage between them,

Attitude and motivation in second/ foreign language learning at university level: A review of the literature,

The use of the mother tongue in the EFL classroom: learners reaction,

The contribution of error analysis to second/foreign language (SL/FL) learning and teaching,

The rationale behind teaching language to the students of literature,

Avoidance behaviour in EFL learning: a study of undergraduates,

The nature of the interlanguage of Bengali speaking EFL learners: A case study,

A study of the interaction between the learning situation and the proficiency of EFL learners.,

Phonetic and phonological problems encountered by the Bengali speaking EFL learner: how can they be overcome?,

Teaching composition writing in English as a Foreign Language (EFL) at the tertiary level: a balanced curricular and instructional approach,

Rethinking the status of English in Bangladesh: Why it should be the second language, not a foreign language,

Relations of washback to the teachers of English as a foreign language at the SSC level,

The impact of the students attitudes towards their learning situation on their achievement in EFL: A case study at the HSC level,

EFL pronunciation: Why is it a peripheral skill?,

How does washback effect work on the EFL syllabus and curriculum?: A case study at the HSC level in Bangladesh.,

Washback on instruction in EFL: A study at the tertiary level.,

Instruction in the course Teaching EFL Listening and Speaking: The design-down principle.,

Cross-cultural differences in a global Survey of World Views.,

Washback of examinations on learning EFL at the undergraduate level: The Bangladesh context.,

Teaching and learning EFL pronunciation at the tertiary level in Bangladesh: The prevailing scenario and pragmatic considerations.,

English as a foreign language education: Advocacy of LCT.,

Teaching EFL Pronunciation: Why, What and How?,

The study of the language embodying and transmitting folklore - an endeavour to reveal its relevance to sociolinguistics,

The use of Audio Aids in the EFL class at the tertiary level - a plus or a minus?,

Relevance of the study of interlanguage to teaching EFL at the tertiary level,

Students attitudes towards their learning situation and their achievement in EFL,,

EFL education at the tertiary level: Associations between teachability and learnability,,

Cross-Cultural Differences in a Global “Survey of World Views”,

Abstract
We know that there are cross-cultural differences in psychological variables, such as individualism/
collectivism. But it has not been clear which of these variables show relatively the greatest
differences. The Survey of World Views project operated from the premise that such issues
are best addressed in a diverse sampling of countries representing a majority of the world’s
population, with a very large range of item-content. Data were collected online from 8,883
individuals (almost entirely college students based on local publicizing efforts) in 33 countries
that constitute more than two third of the world’s population, using items drawn from measures
of nearly 50 variables. This report focuses on the broadest patterns evident in item data. The
largest differences were not in those contents most frequently emphasized in cross-cultural
psychology (e.g., values, social axioms, cultural tightness), but instead in contents involving
religion, regularity-norm behaviors, family roles and living arrangements, and ethnonationalism.
Content not often studied cross-culturally (e.g., materialism, Machiavellianism, isms dimensions,
moral foundations) demonstrated moderate-magnitude differences. Further studies are needed
to refine such conclusions, but indications are that cross-cultural psychology may benefit from
casting a wider net in terms of the psychological variables of focus.


Ph.D. in Applied Linguistics and ELT