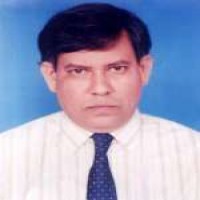 Dr Md. Manzurul Karim was born in Comilla in August 30, 1958. His father was a respected Moulavi and by profession was a School teacher. Dr. Karim received his early education in a primary school situated in his native village Batisha under PS Chauddagram, Comilla. He passed secondary school certificate examination from Batisha high school, Chauddagram, comilla in 1973. He secured his B. Sc. Hon’s and M. Sc. degrees in Chemistry from Jahangirnagar University in 1978 and 1979 respectively. He started his doctoral studies at the University College London (London University) U.K. as a Commonwealth Scholar and obtained his Ph. D. degree (Chemistry) in 1989. His field of Specialization was Organometallic Chemistry of transition metals.

Professional Carrier: Dr Md. Manzurul Karim Joined at the department of Chemistry, Jahangirnagar University as a lecturer in January 1984 and was successfully promoted to the post of a professor in the same department in 1996. He worked as an Alexander von Humboldt fellow at the University of Bayreuth Germany, during 1996-1998. He has been working as a member of the Board of Advanced studies and Academic council of Jahangirnagar University since 1998. He worked as a house tutor in the Al Beruni Hall in different periods of his job and as a Provost in A.F.Kamaluddin Hall during 1998-2002. He worked as a visiting research scholar for three months at Academia Sinica Taiwan in 2004. He has been working as a Professor of Chemistry at Jahangirnagar University since Nov.1996. He also visited Germany three times for a period of three months each time as a research scholar under the Huboldt fellowship followup programe.

He availed himself to conduct research in three different world renowned Laboratories in Taiwan and Germany. He has published about 67 research papers in reputed Journals in the country and abroad.

He involved himself in research activity at the department of Chemistry Jahangirnagar University, Bangladesh which is revealed by his research publication in different reputed Journals at home and abroad. His research area involves Organometallic Chemistry/Coordination chemistry and metallocene chemistry. He has supervised about 14 M. Sc. students and four Ph.D. students at the department of Chemistry, Jahangirnagar University. At the moment some more Ph.D students and a number of M.Phil/M.Sc. students are working under his supervision.

He made professional tours to England, Germany, Switzerland and Taiwan and individual study tours in India.

He is the life member of Bangladesh Chemical Society and German Alumni association.

Suppression of cluster unsaturation by formation of extensive but long-range metal-metal bonding: crystal structures of [Ru3H(pyS)(CO)9] and [{Ru3H(pyS)(CO)7}3], where pyS is the pyridine-2-thiolato ligand

Journal of Molecular Catalysis A: Chemical,

Journal of Molecular Catalysis A: Chemical,

Reactivity of [CpMo(CO)2]2 towards heterocyclic thiols: Synthesis, structure, and bonding in the sulfido-ligated cluster Cp3Mo3(μ-CO)2(μ-κ2-C7H4NS)(μ-S)(μ3-S)

Dicyclopentamethylenethiuram Disulfide as Precursor of Mononuclear Complexes: Oxidative Cleavage of Metal-Metal Bond in [CpMo(CO)3]2 and Molecular Structure of cis-[CpMo(CO)2{S2C-N(CH2)5}]


B. Sc. (Honours) in Chemistry